Europe to the Stars 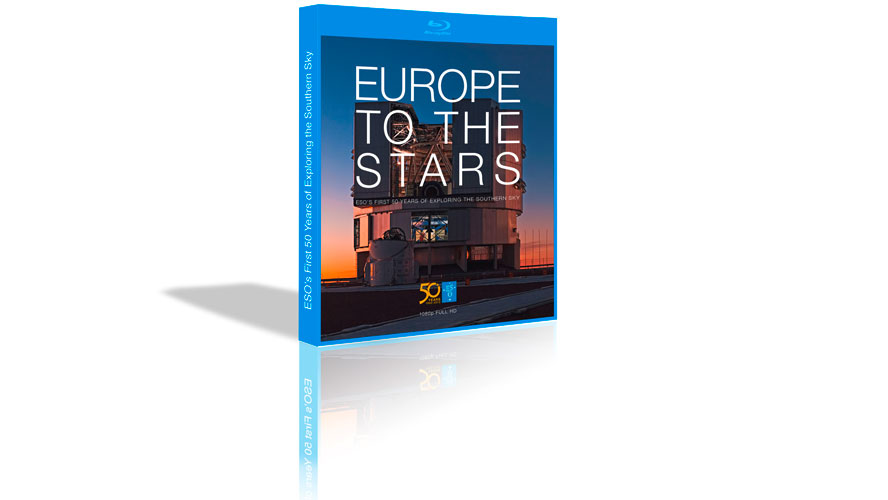 To celebrate its 50th anniversary year, ESO is releasing the documentary Europe to the Stars — ESO’s first 50 years of Exploring the Southern Sky. The movie captures the story of its epic adventure — a story of cosmic curiosity, courage and perseverance. The story of discovering a Universe of deep mysteries and hidden secrets. The story of designing, building and operating the most powerful ground-based telescopes on the planet.

The movie consists of eight chapters each focusing on an essential aspect of an observatory, while putting things in perspective and offering a broader view on how astronomy is made. From site testing and explaining the best conditions for observing the sky to how telescopes are built and what mysteries of the Universe astronomers are revealing. It has a total duration of 61 minutes. It is produced in full HD (1080p) and is available on blu-ray or DVD. It has a comprehensive bonus section, narration and subtitles in several languages.